This post is for all the women who want to extend their love of planning to their husbands but aren’t really sure where it starts when it comes to planning for men.

I’ve been planning for a long time now. My husband has always been supportive. Really, he’s supportive of every creative outlet I pursue. When I make a card for someone, you should hear him tell them about how what they’re holding started as a piece of white card stock – when I stitch something he actually stops what he’s doing to notice my work. He’s amazing in that he’s always so enthusiastic about whatever it is I’m working on.

Recently, he noticed my Travelers Notebook and took interest, bringing it up a few times before I finally sent him some links to ones to check out during a particularly sleepless night (yay, menopause!).

It’s funny that I just said “recently” because it actually took him over a month to decide. He’s very meticulous and well researched in his choices. Nearly becomes obsessed in making the right decision – but ultimately we chose a Chic Sparrow Mr. Darcy in buttered rum – he chose the personal size though for a minute I thought he was going to lean towards the B6.

If that’s out of price point, here are some other options that he considered:

We also looked at Foxy Fix but his ultimate decision for the Chic Sparrow Mr. Darcy was the right one for him – and I covet it a little bit – it’s well stitched fanciness calls out to me but I like to swap notebooks and planners to often to invest in one right now.

For inserts, to me it was a no-brainer. My friend John owns Pekedori Designs and while men and women alike flock to his inserts, they appealed to me for my husband because they can be viewed far more masculine than the inserts that I have used in the past from Sew Much Crafting or The 1407 Planners simply due to the font and layout.

Planning for men is entirely different than what you or I might do in our planners – My husband has no intention on using stickers and colorful pens. He needs something sophisticated that he can carry in to a meeting without jerk men making fun of him, and plan productively in for both work and home. John’s inserts match those needs perfectly. Again John’s inserts are used by men and women so if you’re reading this for yourself, don’t let the fact that we bought them for my husband fool you in to thinking they wouldn’t be perfect for you too.

Doug chose the MO2P/W02P inserts for his main planning and was ready to be good with that before I took a second to show him again my TN and how terrible it would be with just one insert. This caused days upon days of searching on Etsy for him – decisions, again, are thorough for him.

Finally he added in a main monthly calendar and some grid inserts and blank inserts and has since set up his notebook and while he hasn’t said a whole lot, the fact that I see him carrying it from room to room, jotting things down in it (with a pencil) lets me know that he’s enjoying the process.

Brandy is an avid planner and paper crafter who can be found in her modest craft room gluing her fingers together and spewing obscenities.

Don't leave, read these instead...

How to use Digital Planner Stickers in GoodNotes5

Getting Started with a Digital Planner 101 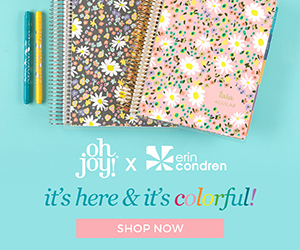 WHAT OTHERS ARE SAYING…

@2019 - All Right Reserved. Designed and Developed by PenciDesign